I'm a proud mom! My former intern, Arleen Spenceley is releasing a real, live book! You'll read all about Arleen waaaaay below, but I want to invite you to our next Mom Squad event- the book release party for Chastity is for Lovers. It's December 6th from 1-3pm here at Spirit FM. (Well, it's on the second floor of the building where are studios are located -The Mary Martha Center at Christ the King on S Dale Mabry.) Arleen will read an excerpt from the book and take some questions. She's also hosting a release party in Spring Hill on December 5th in Xavier Hall at St. Frances Cabrini Catholic Church. To RSVP to either party, visit arleenspenceley.com/party. Okay, enough from me. On to the real author!

If you aren’t sure whether your children’s favorite songs are good for their impressionable minds or precious souls, there is one foolproof way to find out: dance to them with my grandmother.

She is 77, and moved to the US from Italy when she was 10. She can and will cut a  rug, and she doesn’t care who knows it, or where she is while she’s proving it. (You’re welcome, all the people at Red Lobster that one time.) What my grandmother will not do, however, is let a single song lyric slide if it’s off-color.

You haven’t known scandal until you’ve seen what her face looks like upon her discovery that the title of the song she’s dancing to is “Sexy and I Know It.” Nary a body, a booty, or a b-word (yes, that b-word) goes unnoticed in lyrics, which fascinates me – a 28-year-old woman (29 next week!), who has grown up as part of a generation widely unfazed by what shocks my grandma.

But what might shock you is what else once shocked her: my virginity.

It’s true: I turn 29 on Nov. 7 and I have never had sex. That’s because – as a person who practices chastity – I believe that sex is a sacred physical sign of the commitment spouses made to each other on the altar where they were married. I’m not married, and you can put two and two together.

My grandmother learned I’m a virgin by reading about it in the newspaper (if you’re already thinking my family can and should have a reality show, at least a fourth of us agrees). She wasn’t shocked because of anything I had ever said or done. She was shocked because I was in my 20’s and she – though offended by suggestive song lyrics – knows perfectly well that it’s normal for people my age to sleep with the people they date.

We grew up in a culture in which the world’s voice was louder than the Church’s, during an era in which sex was a taboo topic in too many homes. The sex talk for lots of my peers both started and stopped at “don’t do it” or “do it ‘safely’” (if the talk ever started at all). That meant their initial conceptions of sex came from sources that scandalize my grandma – pop music and movies and TV. 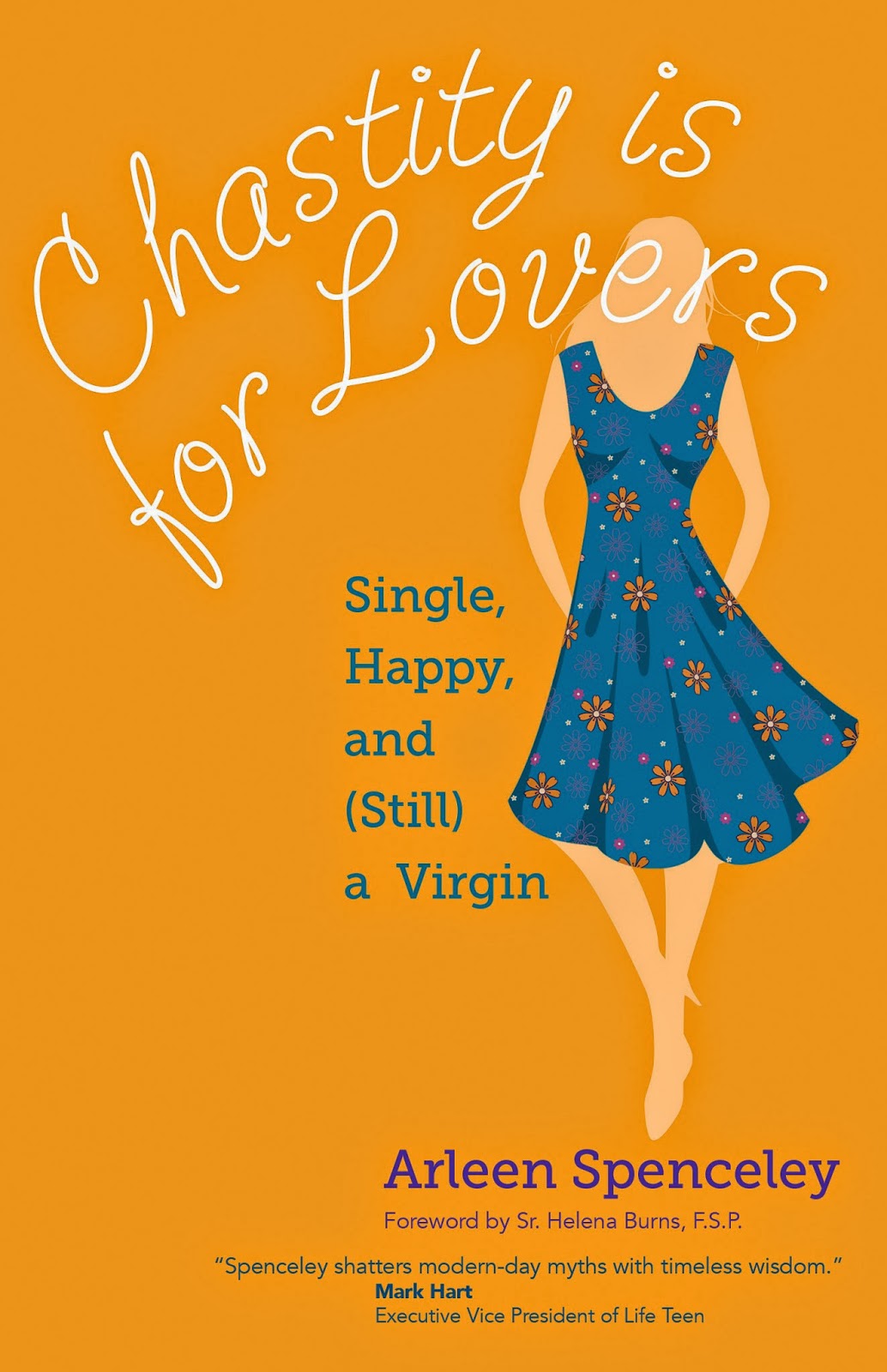 For my grandma, that means scolding Jason Derulo songs for talking about talkin’ dirty. For me, it means writing a book called Chastity Is For Lovers.

What does it mean for you?


Arleen Spenceley is author of the book Chastity Is For Lovers: Single, Happy, and (Still) a Virgin, to be released by Ave Maria Press on November 28th. She is also a staff writer for the Tampa Bay Times who blogs about love, relationships, and sex from a Catholic perspective at arleenspenceley.com. Find her on Facebook and follow her on Twitter @ArleenSpenceley.
Posted by Abby at 5:10 AM